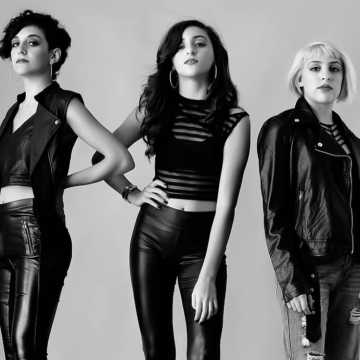 Spinning Jenny was formed in 2011 after playing their first gig at a family reunion. Thanks to the kindness of John DiCarlo, frontman of the U.S. Kids, Spinning Jenny was then asked to open for the U.S. Kids at a benefit show held in Steubenville, Ohio. That became not only their first public gig, but the launchpad of nearly three years of playing and making music. Spinning Jenny is proud to say they are a family, with the group consisting of Dr. John Balzano and his three daughters, Julia (18), Talia (15) and Angelina (13). Dr. Balzano passed on his musicianship and love of music, particularly rock-and-roll, to his three daughters from an early age.